BBO’s experience and success in delivering innovative designs provided Waka Kotahi NZ Transport Agency (the Principal) the confidence to engage BBO to prepare specimen design, obtain strategic resource consents, and oversee the construction of the Huntly Section of the Waikato Expressway.  The construction phase involved applying a Principal supplied pavement design known as Hi-Lab.  A further primary requirement for this project was the implementation of the Principal’s introductory Quality Right System. This system required intense collaboration between the Principal, the Contractor, and the Consultant to ensure full compliance with the design. Cultural significance and requirements were a key aspect of consideration throughout the project as the Huntly Section of the Waikato Expressway cuts through the heart of the Taupiri Range which is of great importance to Waikato Tainui.

The alignment of the Huntly Section was designated in 2008 following a 9-year process and opposition by Waikato-Tainui. In 2009 BBO was engaged to undertake further investigations and prepare a specimen design. The investigations identified a range of significant problems with the designated alignment including geotechnical risks, cultural impacts of earthworks, and environmental impacts on streams, wetlands, and indigenous vegetation. The alignment also impacted the Huntly Stockcar track to the extent it would require relocation.

Despite the long historical process to achieve designation, Waka Kotahi accepted BBO’s recommendation for a significant alteration to the designation over the central 10kms of the route.

In addition to this, at the time of construction, Waka Kotahi also introduced a new type of pavement (Hi-Lab) to address issues of early pavement failure seen on a number of capital projects.

A further requirement by the Principal was to open the Expressway to traffic with a chip seal surface one year prior to placement of the final surfacing layer of Epoxy Open Graded Porous asphalt (OGPA). This would be a time-consuming and costly process requiring additional traffic management, temporary line marking, traffic control for OGPA placement, and permanent line marking. In response, BBO worked with the Contractor and the Principal to include the application of a surfacing layer of Stone Mastic Asphalt (SMA) to the chip seal. SMA is a highly durable material which placed at 50mm in depth provides a deformation-resistant (more robust waterproofing layer) which also provides a better ride quality. 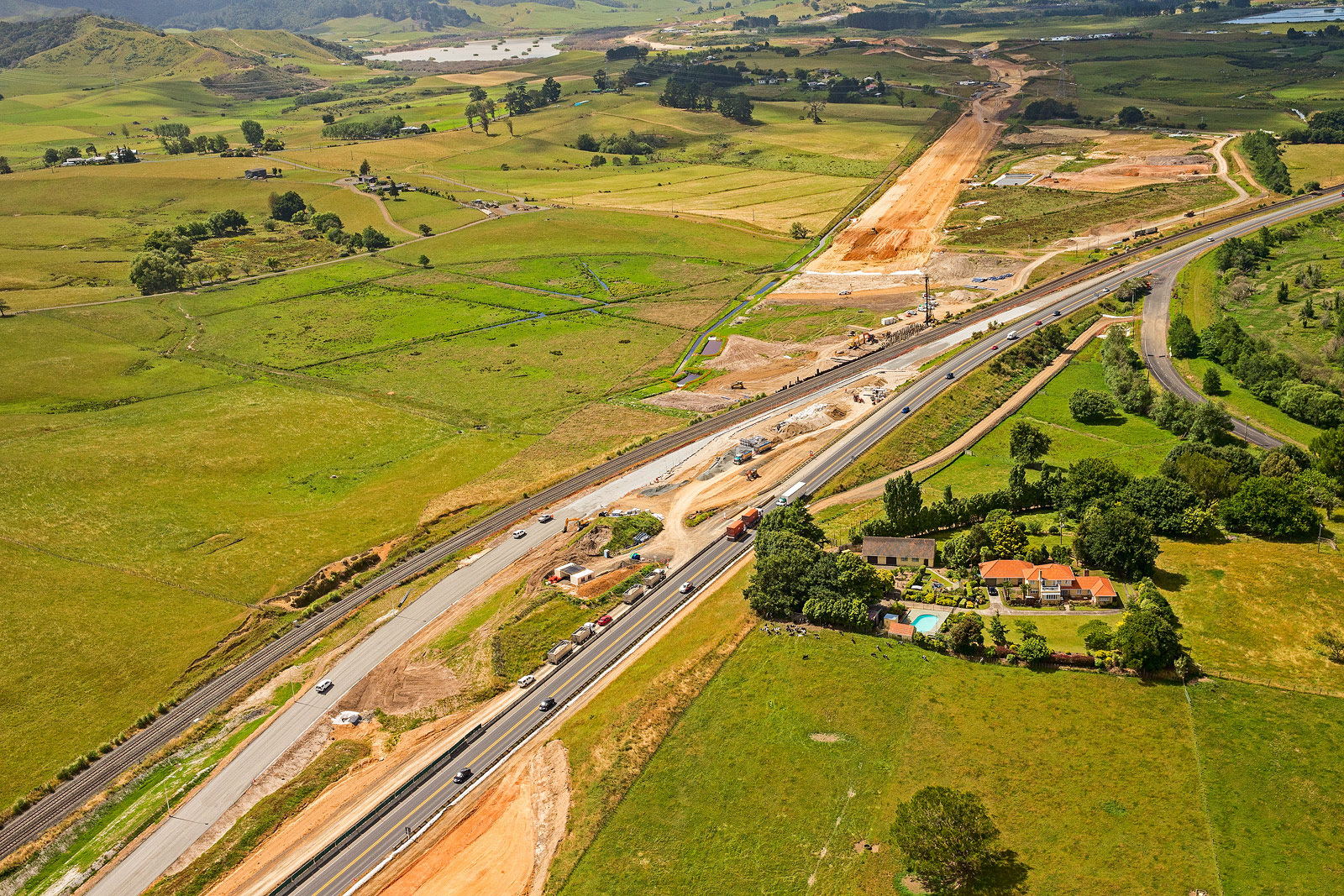 The alternative alignment significantly decreased any cultural impacts, including reduced earthworks, less visible cuts, fewer stream crossings, reduced geotechnical risks, and reduced costs. These significant benefits to the project, together with a comprehensive engagement programme, led to widespread support for the alteration to the designation and a smooth and timely consenting process.

Throughout construction, BBO’s Constructing Monitoring team was engaged to provide a strong presence on the project ensuring that elements that could lead to pavement failures were identified early and construction quality was not compromised.

The application of SMA to the chip seal allowed the Principal to open the Expressway upon completion of all contract works in March 2020, without the requirement to revisit the site a year later for further works. Major achievements of this innovative approach were significant savings in time and costs for the Principal, and early availability of a section of the Expressway to users. 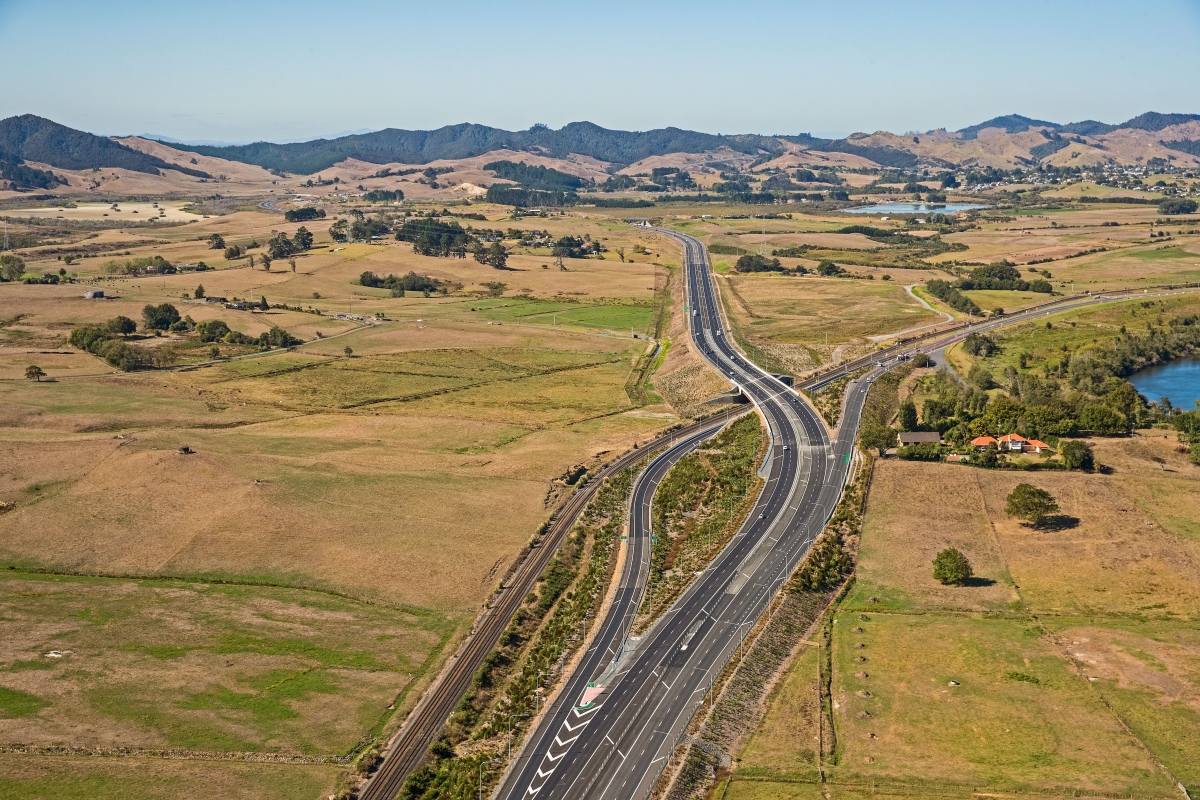 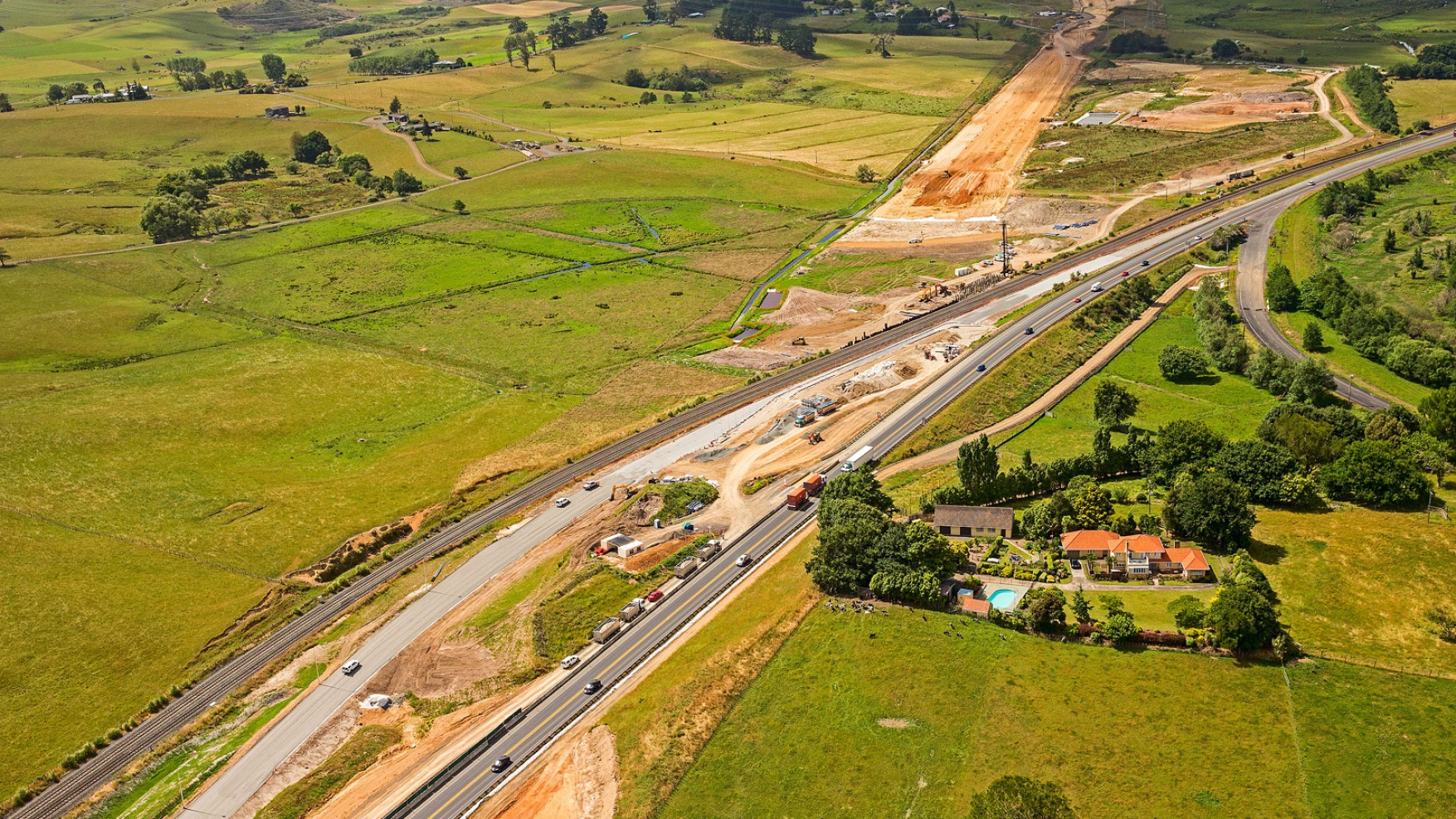 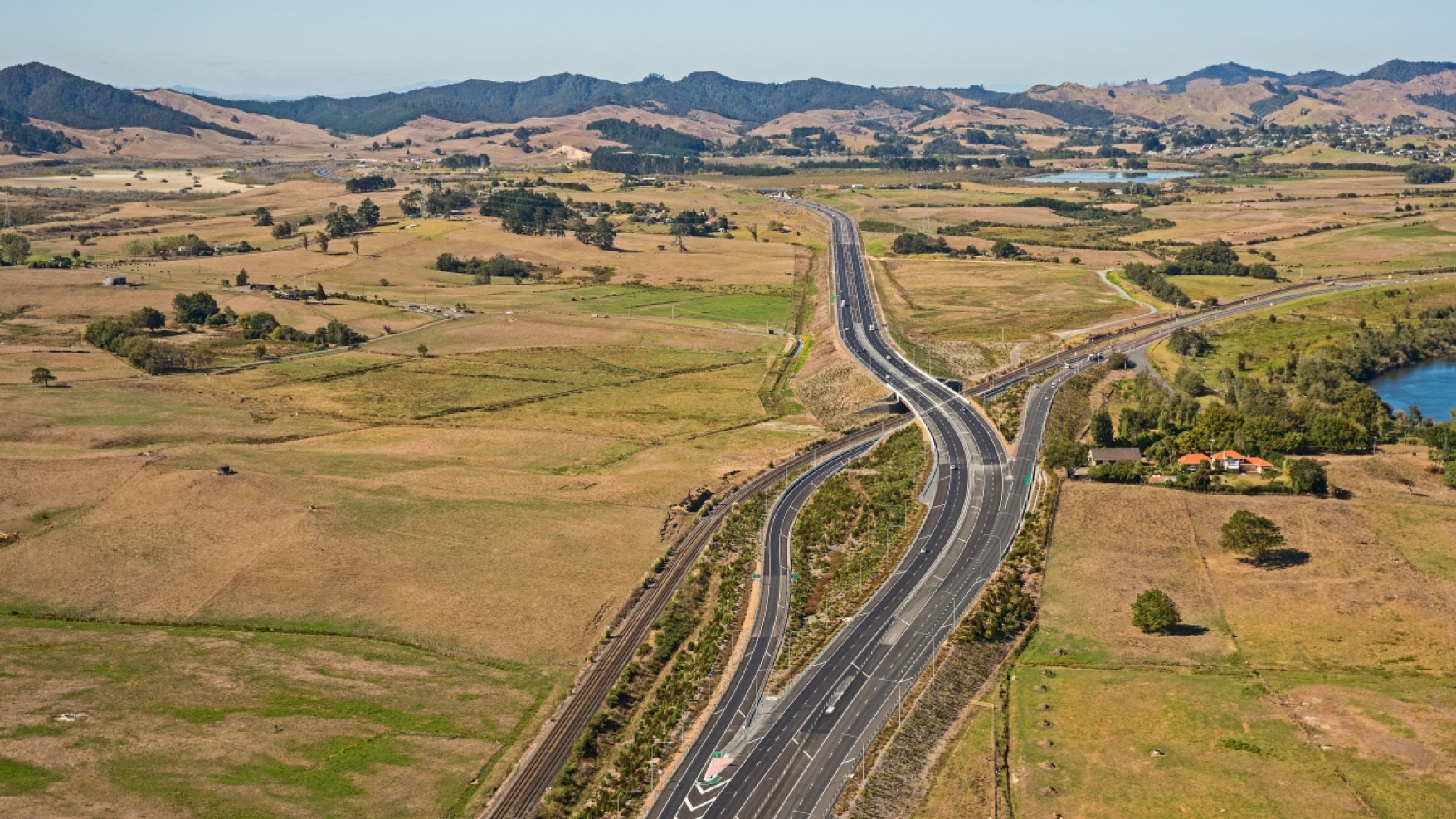 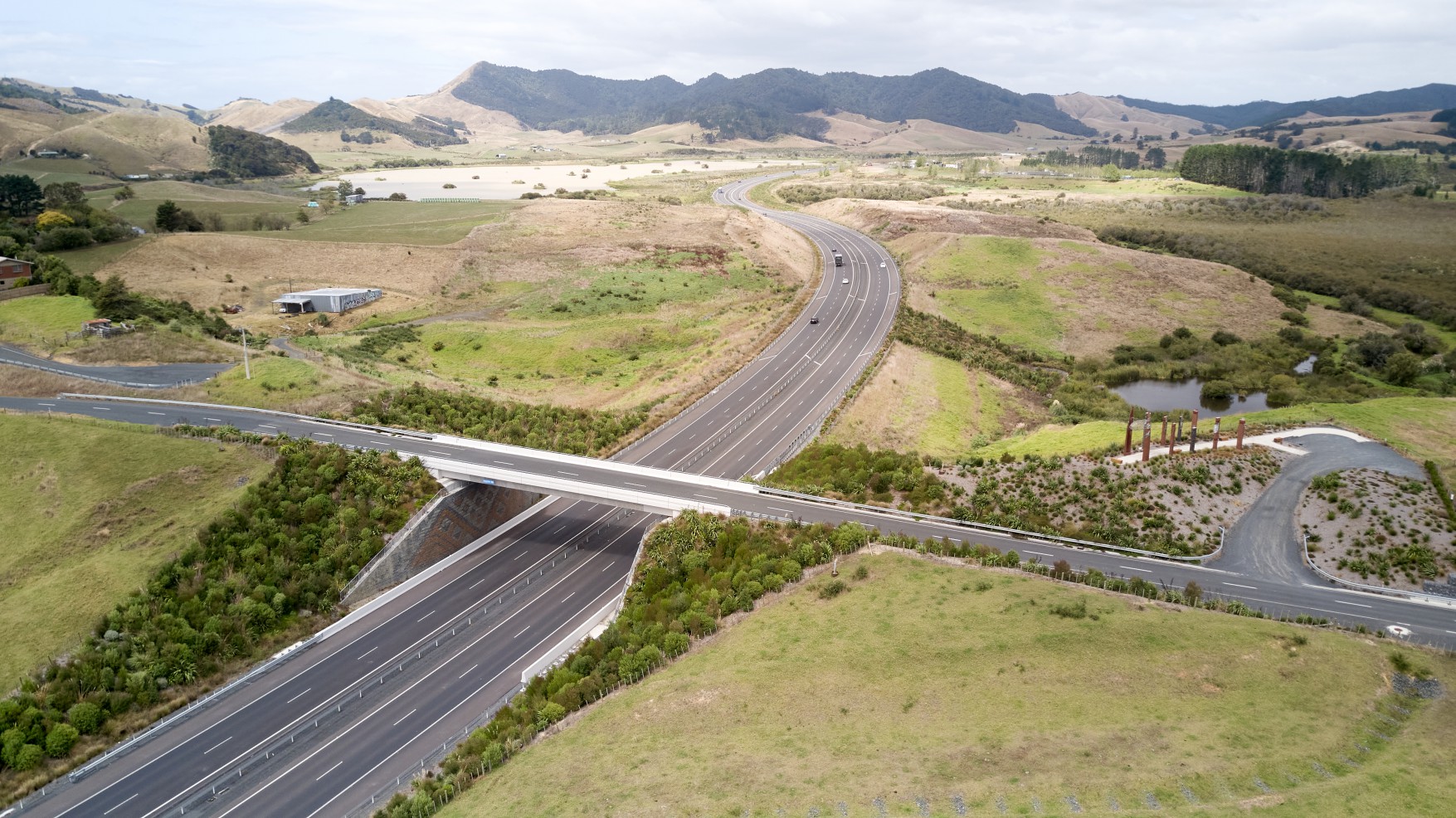 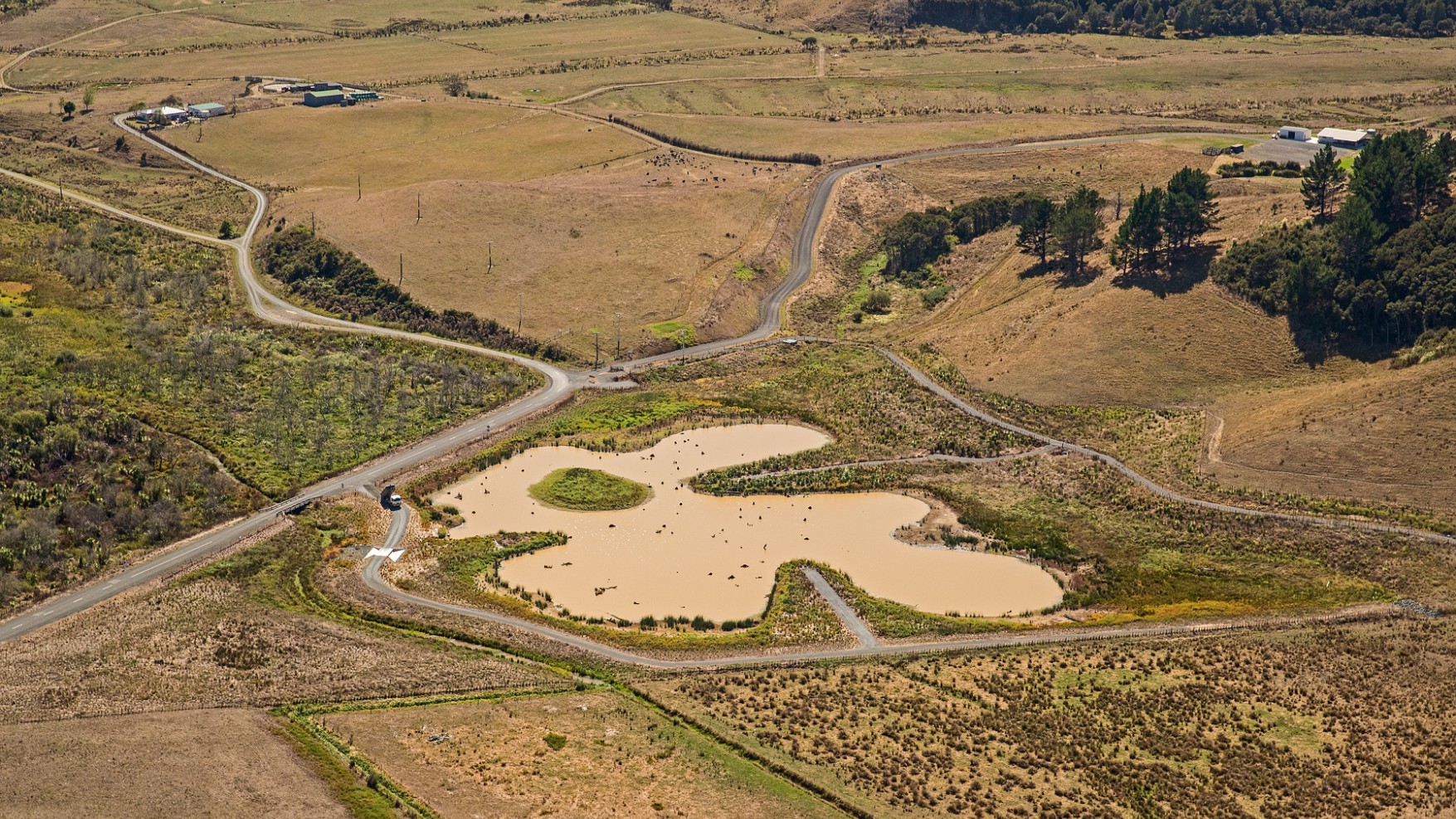 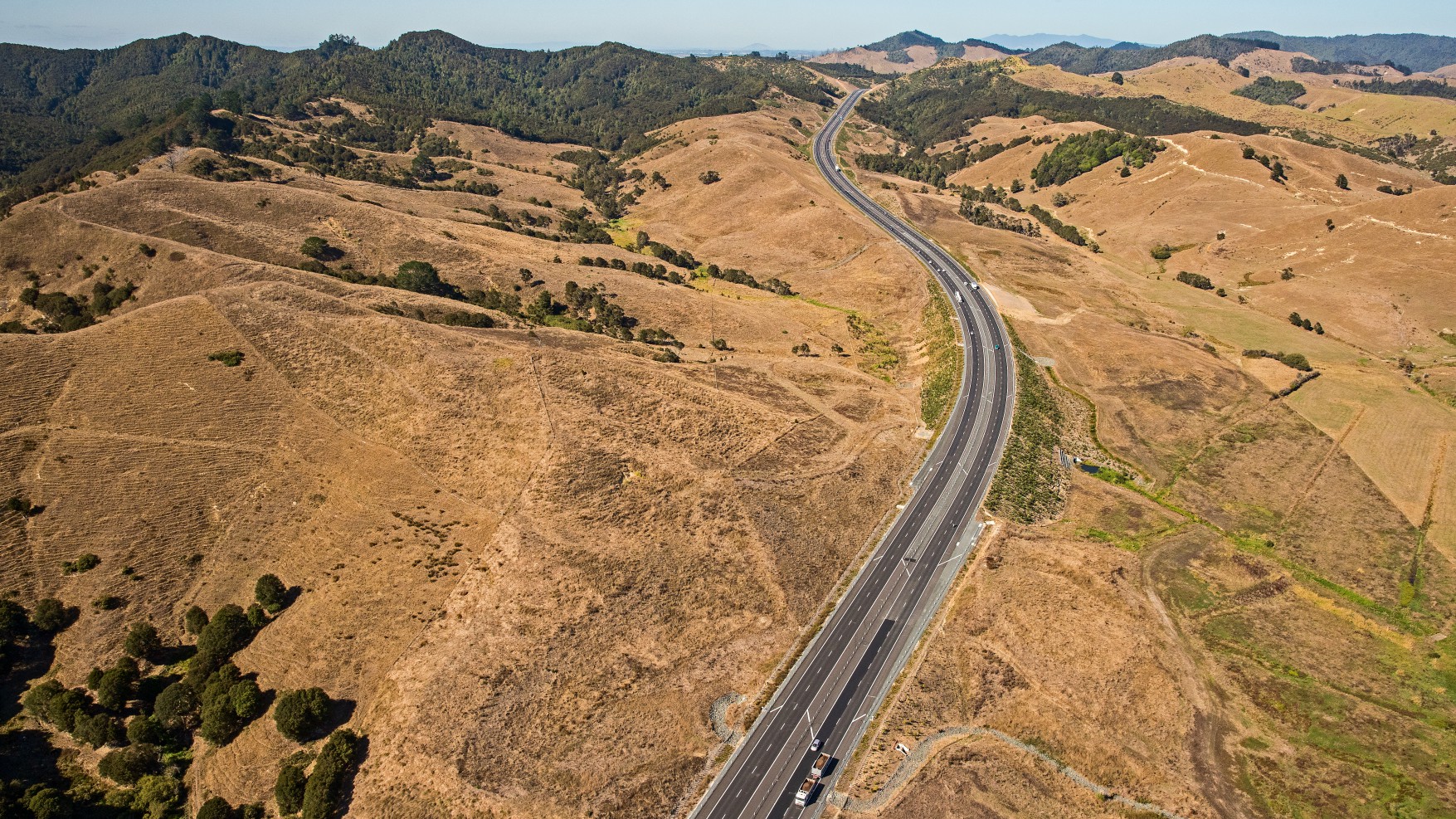 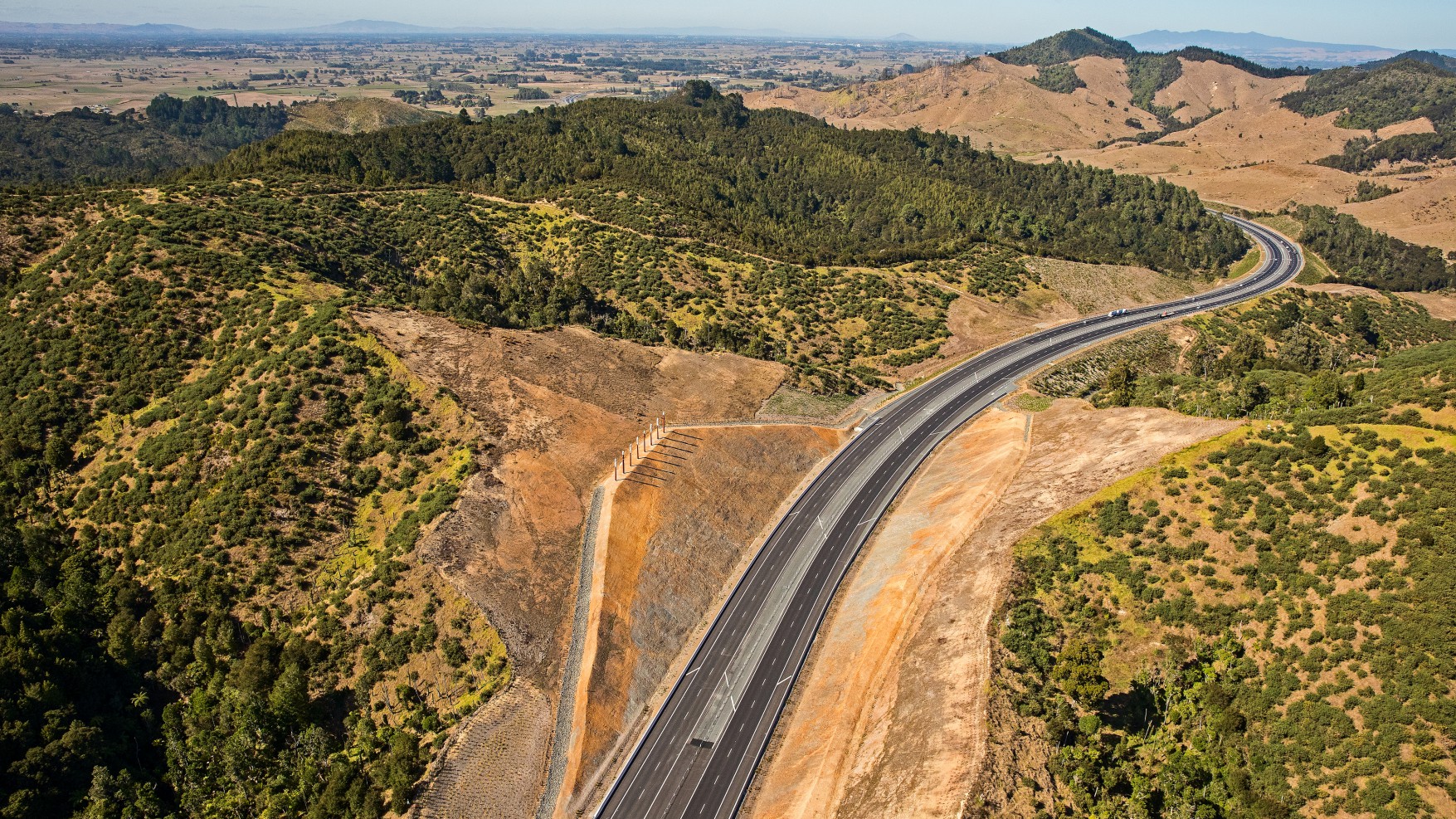 Pou-whenua (x8) at the Taupiri Te Tihi overlooking the Expressway 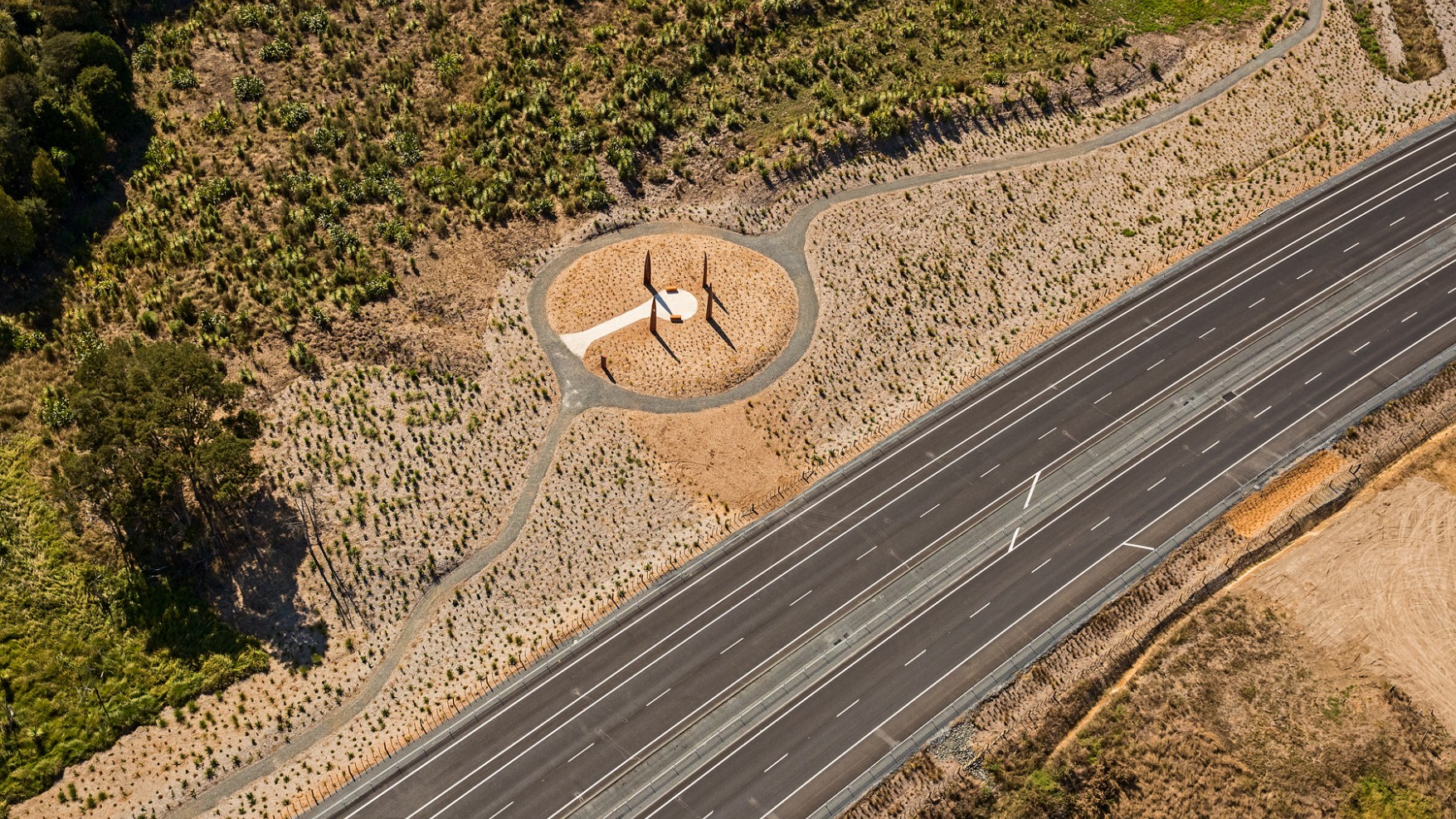 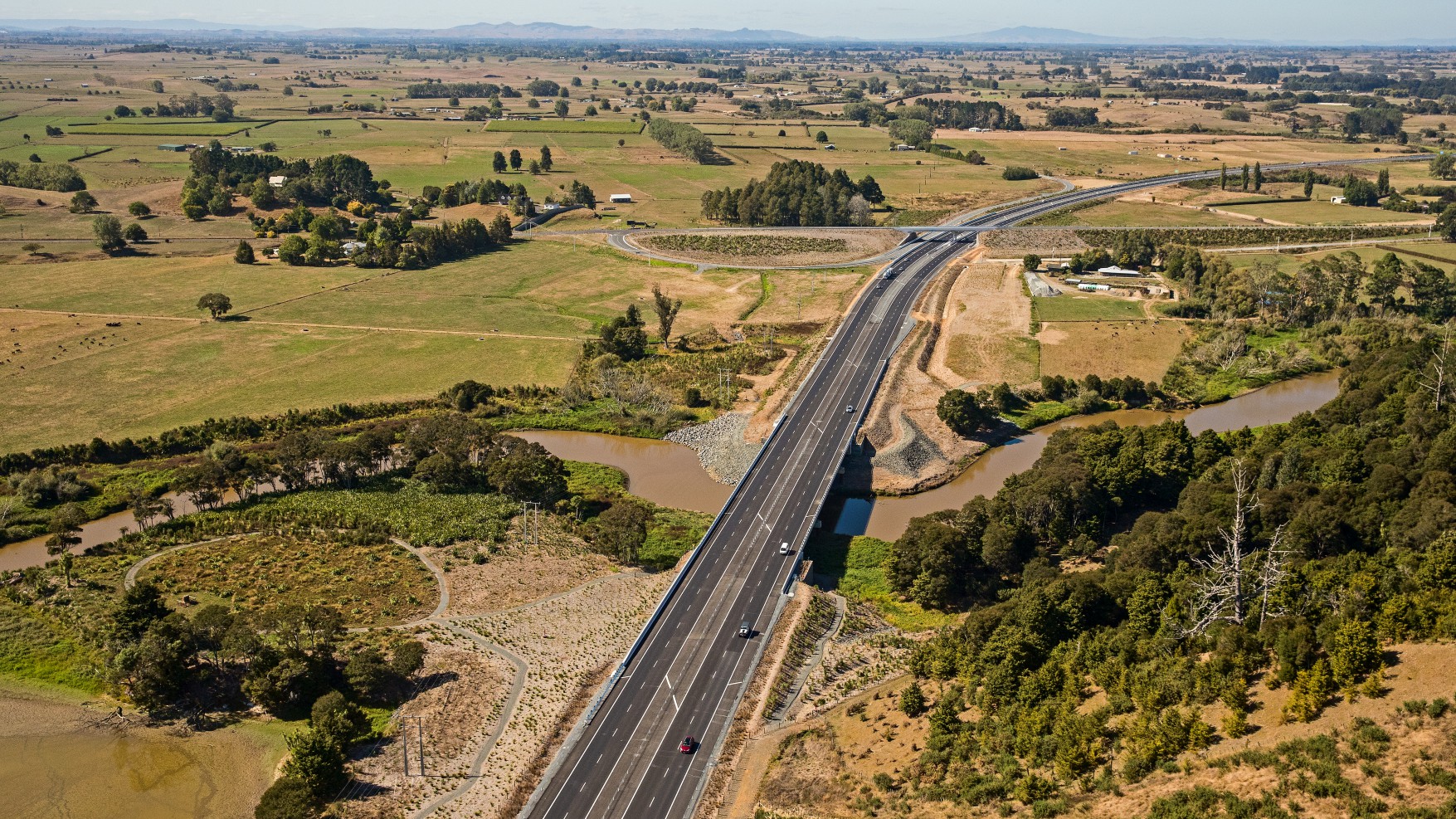 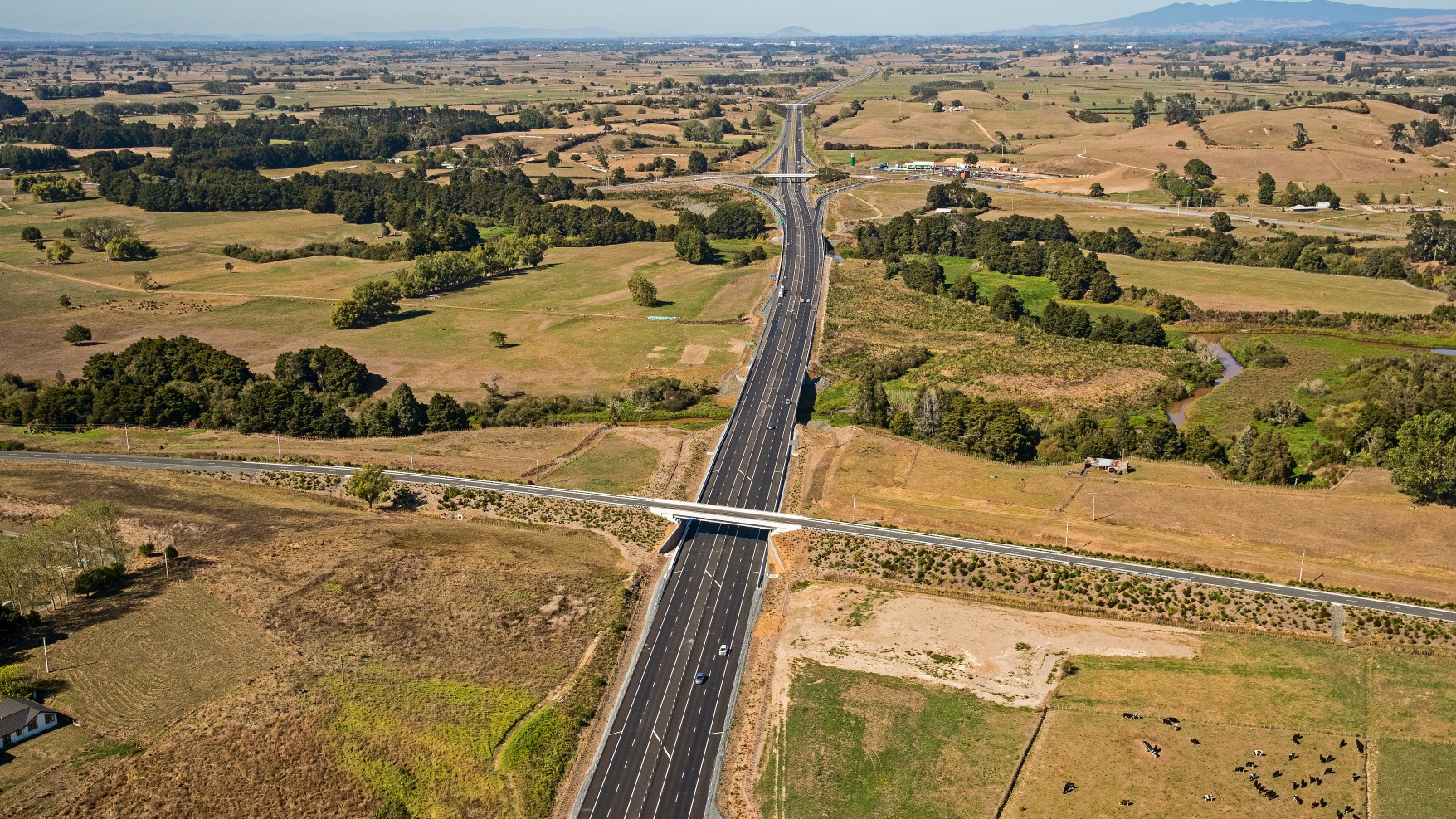 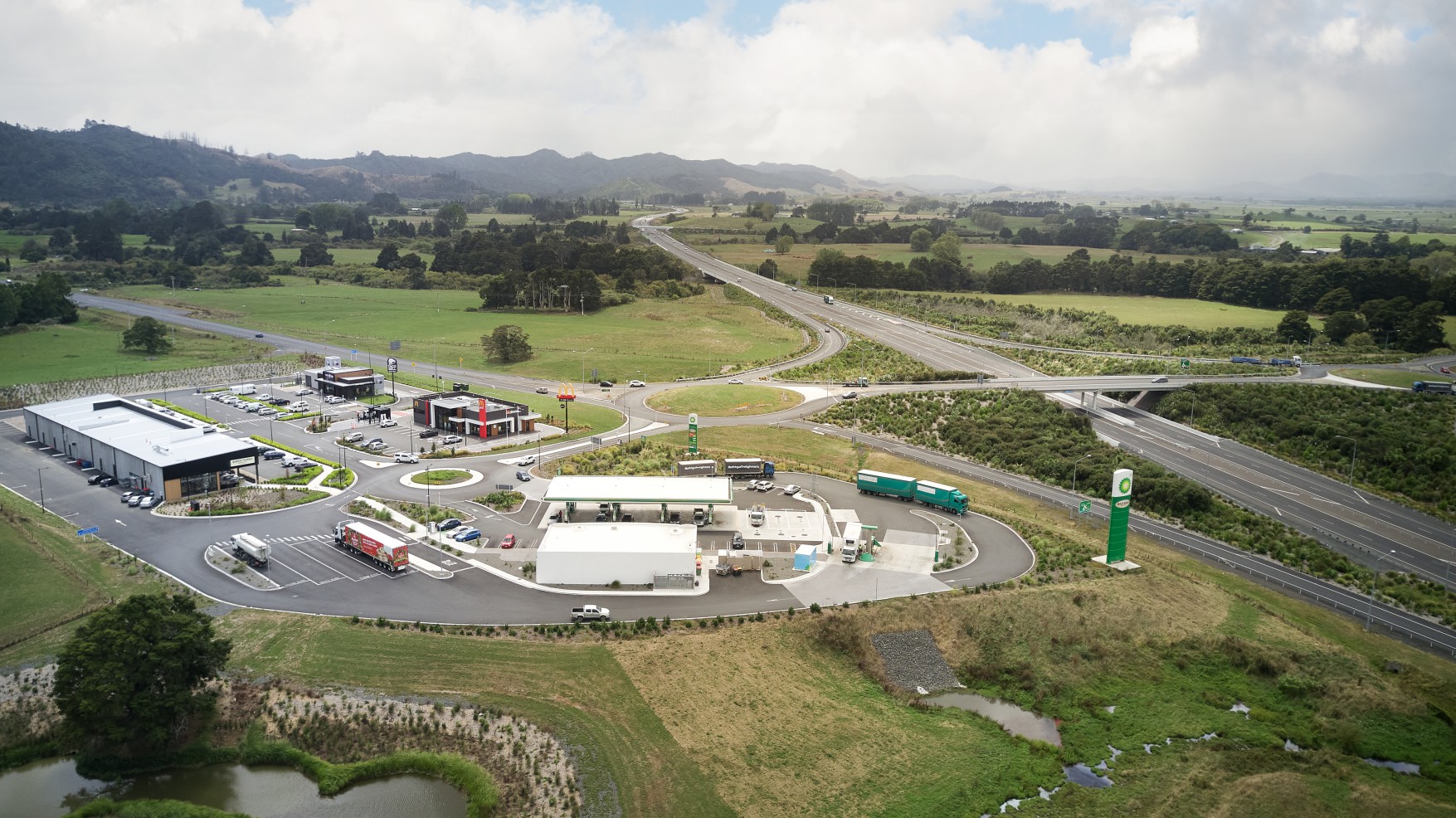